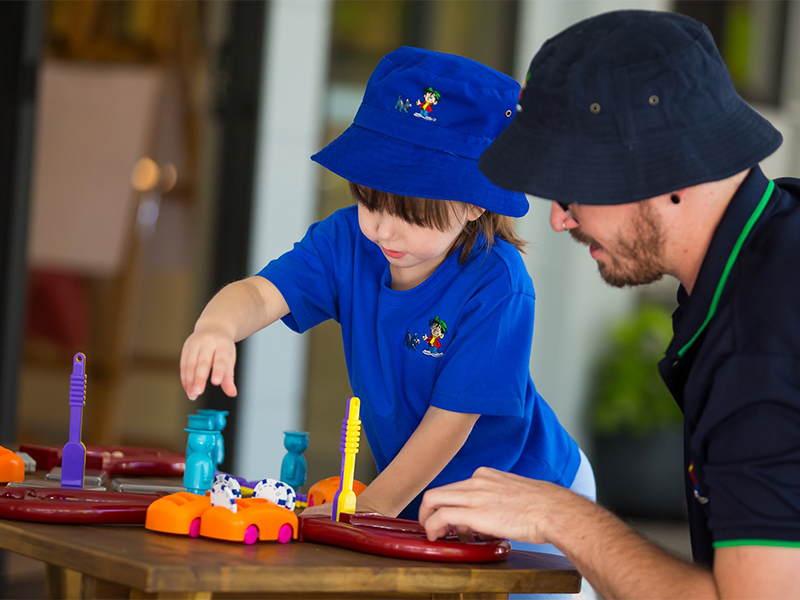 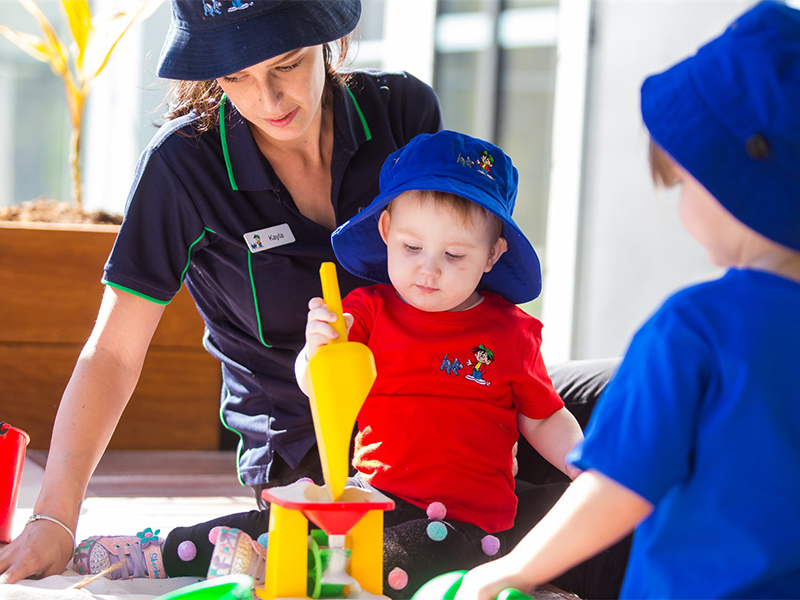 One of the practices most commonly used in the early childhood sector is ‘learning through play’.

Play-based learning is described in the Early Years Learning Framework (EYLF) as “a context for learning through which children organise and make sense of their social worlds, as they actively engage with people, objects and representations”.

While research on brain development is in its infancy, it is believed that play shapes the structural design of the brain.

We know that secure attachments and stimulation are significant aspects of brain development; play provides active exploration that assists in building and strengthening brain pathways.

Play creates a brain that has increased flexibility and improved potential for learning later in life.

Young children’s play allows them to:

The intellectual and cognitive benefits of playing have been well documented.

Children who engage in quality play experiences are more likely to have well-developed memory skills, language development, and are able to regulate their behaviour, leading to enhanced school adjustment and academic learning.

While there is no one definition of play, there are a number of agreed characteristics that describe play.

Play can be described as:

Research and evidence all point to the role of play in children’s development and learning across cultures.

Our education programs at Charley's Place embrace play based learning across all age groups to promote a healthier, more engaged learning environment.

To learn more about our programs or the importance of play base learning, have a look at our Education Program.

Let us show you our centre with a guided tour

Our skillful and passionate educators create the high quality of care environment that provides an exceptional place for children and staff to play, grow and learn.

During the tour we'll give you all the information you need to secure a spot in our childcare centre.